I used to be a fan of remakes. Thinking back now, perhaps it’s something of a guilty pleasure; in a way my younger self would have celebrated some of the recent events surrounding all of the movies and games that have been reinvented. Needless to say, my opinion has taken a turn for the worse. Before I can fully explain myself, let me back up for a moment to provide a clearer picture.

The year was 1992, and at the time, the PC gaming industry was booming. A few of the titans of the day were Sierra On-Line, LucasArts, and Interplay, and at the time, point-and-click adventure games were hot stuff. My mom used to work at a local Babbage’s back then, in an era where bulky game boxes were filled with floppy disks, manuals, and extras. Often, what shipped in game boxes back then would only be included in a so-called “Limited Collector’s Edition” now.

There was always something wonderful about having the newest Quest for Glory or King’s Quest brought home. For me, personally, Sierra’s adventure titles proved for some formative gaming memories, and largely have inspired how I’ve approached game and plot development myself. Something about these games resonated deep within me.

Part I: The Golden Age of Remakes and Fan Games

I wasn’t alone, either. Many other people were inspired by these games, and in the early 2000’s, many enterprising indie game developers came together in online communities to create fan remakes of properties that Sierra and LucasArts would likely never touch again. Off of the top of my head, in 2002 alone, there were more Sierra fan-games in development than anyone could possibly count.

What defines a fan game, exactly? They can be classified under two distinctive categories:

Many people might wonder why anyone would want to make games based off of something a company had already made, but the answer is obvious. People loved these games for their imaginative story universes, which were rife with character. Many companies such as Sierra and LucasArts went on to abandon these titles and properties, moving on to instead capitalize on first-person shooters and action titles that were rising in popularity in the late 90’s. Loose ends in plots remained untangled, and many titles remained in the prehistoric era of EGA graphics and used an old school text parser for getting the player through the game.

Needless to say, many of the remakes and fan games that actually got finished were great. They were labors of love, and the idea that a group of volunteers could develop entire games together simply out of a passion for the originals was something special. These groups did it all for free, which is something that doesn’t really happen anymore.

In fact, the act of creating fan games has steeply declined over the last decade, and for very serious reasons. As Sierra and other game production powerhouses of the 90’s moved on to simply acting as publishing distributors, many of their old properties fell out of public focus. Many of Sierra’s unique properties were handed over to Vivendi Universal, who made a regular habit of harassing fangame projects with Cease and Desist letters.Needless to say, Vivendi never ended up doing anything useful or constructive with the properties, and eventually handed off some of them to Activision, known for their own uninspired regurgitations of big name franchise titles like Call of Duty.

Naturally, the threat of litigation became a large problem for anyone that wanted to develop a fan title as a hobby. Square Enix, in particular, is notorious for shutting down a fan sequel to Chrono Trigger. Anyone that’s ever played the original would know that it’s a hugely underrated game that ended up sitting in the shadows of the wildly overrated and now completely shitty Final Fantasy franchise. It didn’t matter that Square Enix never intended to make another Chrono Trigger game; the fact was that they viewed such fan service as disruptive to their intellectual property rights.

Many of these independent teams wised up. Development teams such as Anonymous Game Developers Interactive and Infamous Adventures would eventually re-brand as independent for-profit game studios with their own original titles and properties. Both studios raised a decent amount of money through Kickstarter campaigns, and for the first time, these teams of people that originally made games as a passionate hobby are now being compensated for their hard work.

These new titles are exciting in the fact that they’re different enough from their reference material to be fresh takes on the genre. This will be important to remember when we get to Part IV of this article.

Part III: Hollywood kills the remake by overdoing it

In recent years, the very definition of a remake has been dramatically shifted around. What was once a labor of love by people on the internet making something together for free is now largely Hollywood studios attempting to reboot every movie from 20 years ago or more.

Occasionally, a reboot can be accomplished to great success. The 2009 Star Trek reboot, in my opinion, was great. At that point in time, Star Trek had largely stagnated as a property after Enterprise had been pulled off of the air, so an attempt to keep the story going and get people interested in it again kind of makes sense.

Studios took an old property from the 1960’s and updated it with better special effects, better acting, and a reasonably decent story that purposely illustrated it was set in an alternate universe. Comic book studios do this all the time.

Other times, that is to say, most of the time, a reboot is unnecessary. Occasionally, they’re downright awful.

Starting in 2010, there have been no less than 50 planned remakes in development for movies that didn’t even need a remake. Even titles such as Videodrome, The NeverEnding Story, and American Psycho are being “rebooted”, as Hollywood likes to refer to their brand of regurgitation. In all reality, all of these movies should be left alone, but the bean-counters in Hollywood are sure that by serving customers the same thing over and over again, they’re in to reap a king’s ransom. They just can’t let classics be classics.

The worst part is, they’re right. Case in point: everybody’s losing their minds over the fact that Ben Affleck is going to play the new Batman after the advent of the Dark Knight trilogy, but you can bet that just about everybody you know is going to go see it, with the sheepish exclamation of “Hahaha, I’ve got to see how bad this is!”

Meanwhile, studio executives will laugh their way to the bank.

In recent years, a great amount of success has been found in funding the development of indie games through crowd-funding sites such as Kickstarter. This has been some cause for celebration, as many of the people who developed my favorite games in the early 90’s are jumping on the crowdfunding bandwagon to make games after years of being under the radar.

However, when you take a look at some of the games these Ex-Sierra developers are crowdfunding, an uncomfortable realization starts stirring in the back of the minds of anyone that’s played their original titles from over 20 years ago. The line between remakes and fan-games are blurred, and we’re left with the awkward realization that the people making these games are in fact regurgitating the same games they made while they were at Sierra.

Although they may be developing these games with the best intentions, the fact still stands: tired old game developers are trying to ride the wave of their fans and bring everyone games they’ve practically already played. More and more, I’ve seen people jumping on this bandwagon, digging up childhood memories with the intention of repackaging and reselling them over and over again.

In more ways than one, they are no better than the Hollywood studios that trick people into seeing the same movie repeatedly. This isn’t to say that there isn’t a value in remixing something; on the contrary, fan creations are a testament to that in which they take something old and infuse it with something new. Such a mindset is the very backbone of what makes the Creative Commons great. However, the acts of creating carbon copies and reboots aren’t about simply putting spin on something old. They’re desperate cries to remain relevant.

Hey, I get it. Making something new and original is hard. Not every game can be something like Tim Schaefer’s Psychonauts. The act of even making a game or film takes dedication and hard work, but in a world where everything increasingly feels like a copy of a copy of a copy, you’d think that the pursuit of making something new would really stand out, much in the way that wearing a hot pink shirt would stand out in a room full of people wearing business suits.

16:55
Sean Tilley - Diaspora Is the Future (Adam VS The Man Interview)
5 months ago 5 views 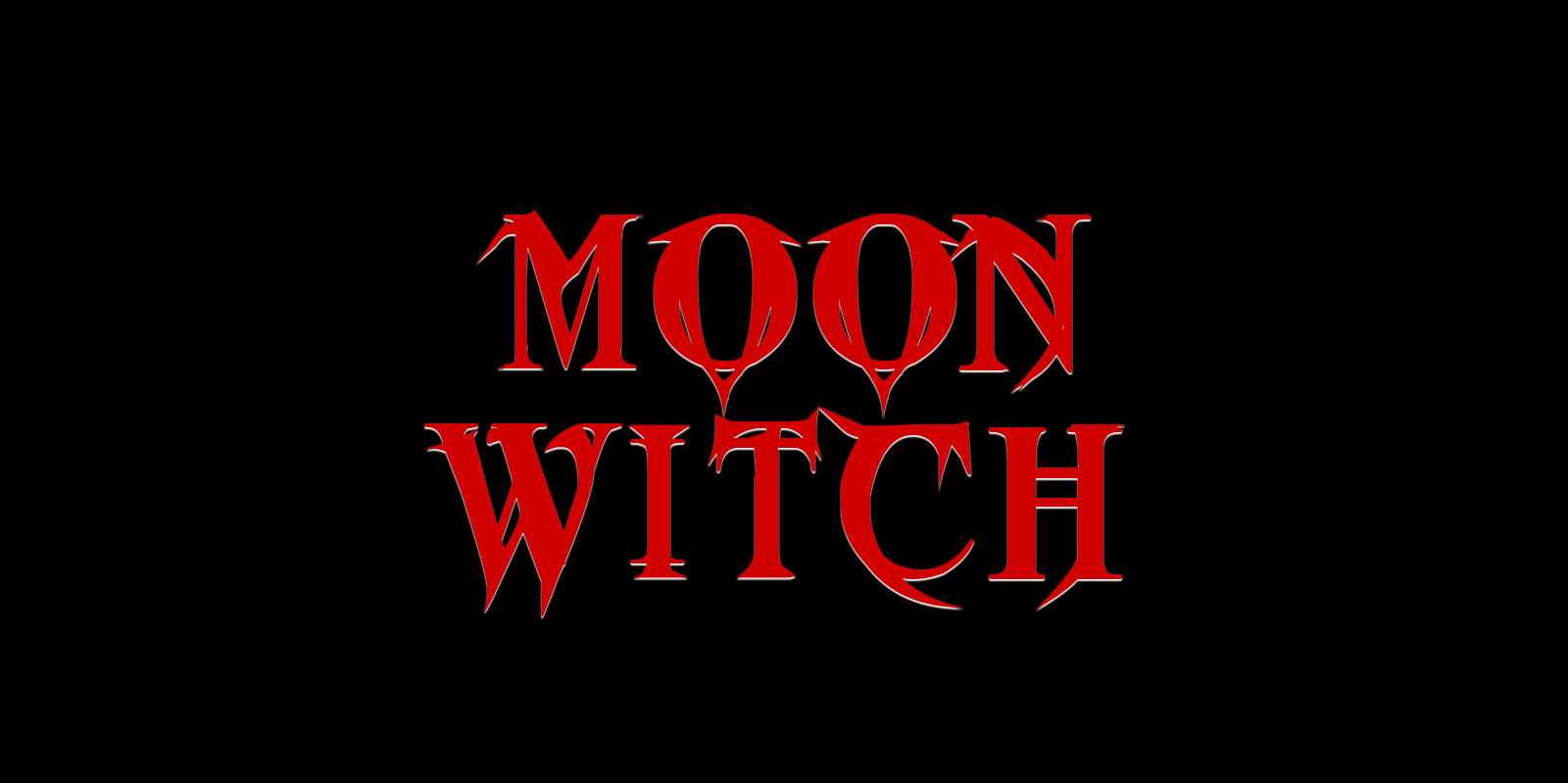 2 weeks ago deadsuperhero
Just realized the first time I heard Care of Cell 44 was in a Belvita cracker commercial, and now I'm mad.

I used to think, "oooh, how mysterious, what is this great familiar song from?" but it's literally network television peddling biscuit-like crackers at me.
2 weeks ago deadsuperhero
I'm laying in my hotel room watching videos of Air Force Basic Training. I'm psyched and excited and beyond terrified. My first day starts this evening, and a drill instructor is likely going to yell at me as soon as I get off the bus.

No amount of videos watched or deep insights from Reddit threads are going to change that. Mistakes will happen. I will feel confused and clueless and weak in the beginning. I'll have to go through all sorts of crap to make it to the other side.

But hey, literally millions of people have made it through basic training before. All I've gotta do is stick with it, and not let it get in my head.
2 weeks ago deadsuperhero
I'm gonna miss my girlfriend's cats. 😭
2 weeks ago aadil

dijo, a terminal based habit tracker

The author says its design was directly inspired by #ORCA 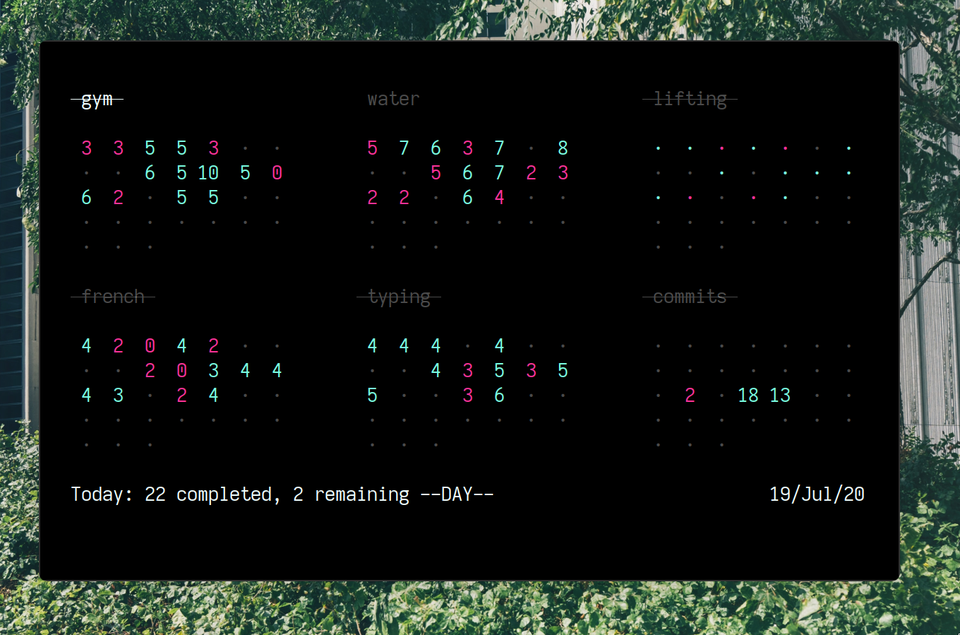 2 weeks ago deadsuperhero
All of the new people following me: you're going to be disappointed, I'm leaving tomorrow.

Have fun reading hundreds of my old statuses until I get back!
2 weeks ago deadsuperhero
> design a really slow car on purpose
> Market it towards rich people
"Introducing the S Car:Go"

🐌🐌🐌🐌🐌🐌🐌🐌🐌🐌
2 weeks ago deadsuperhero
FractalDB: a mongoDB implementation that just records shards of its own Document DB in a nested-doll fashion.*

It's strange to think about. You spend so much time in one place that it's possible to forget that one day, everything will change.