From a young age, I was exposed to Sierra and LucasArts adventure games, and became completely enamored with Quest for Glory and Space Quest. I’d spend hours exploring every nook and cranny, finding many ways to die along the way. For me, adventure games were something of a revelation – it was a way to experience a story in an extremely immersive way.

This obsession carried on for years, as I played through some of the biggest titles that Sierra and LucasArts had to offer. I’d spend hours working through frustrating puzzles, dying in hilarious ways, and getting my ass handed to me in combat. Eventually, I’d stumble all the way through to the end of the game, which may or may not wrap up the story in a satisfying way. Regardless, I loved this experience.

As I grew older, I learned about a nifty little tool called Adventure Game Studio, which provided everything a person needs to develop retro-style adventure games. You could map sprites and animations to characters, make people walk around and say things in dramatic sequences, and even build a custom point and click interface from scratch.

This was a game-changer for me. Suddenly, I had a way to make a pixelated man walk back and forth on a screen. I could connect rooms together, put items in places, and make people say and do whatever I wanted them to. As I continued to get more practice in, I started to refine how I did things. I learned to make my own sprites and animations, customize the entire game interface, and even design some interesting loops that made me feel clever. Throughout my high school years, I filled notebooks with drawings and ideas of where I wanted to take my stories.

The sad truth is, I never finished a game. I probably burned through several hundred AGS projects in trying to master the editor. At several points, I suffered hard drive failures and always neglected to make backups. As time’s gone on, the hosting services for my old game screenshots and project updates have gone dark, leaving me with only a handful of files to show off things I’ve made.

Here’s a peanut gallery of some of these prized failures. Keep in mind, the art assets in each of these are pretty unpolished, because game development for me was more of a sandbox where I learned to improve my skills along the way.

Somewhere into my early years of using the tool, I decided to try and collaborate with a bunch of volunteers to develop a VGA remake of Space Quest 3. Because when you’re 15 years old and want to start up a game development team, fan games seem like a great way to bootstrap.

The remarkable thing about this is that our development efforts were organized entirely on a forum, and we had no easy way of managing code or assets. It was basically a long process of attaching things to a forum message, pinging the right person who needed it, and uploading archived builds of the game for people to test out.

Eventually, that project petered out, and the upload services for assets all went dead. As a favor, a copy of one of these early builds was held by Steve from Infamous Adventures. Although it’s not the final product of what we released, it does give some insight into the implementation and general art direction.

No One Likes You

No One Likes You (or NOLY for short) was an edgelord comedy game that I developed during my years lurking on the Linsux forums. At the time, I was going through a major breakup with someone, and developing a game served as a welcome distraction.

The premise of NOLY is relatively simple: you’re an emo kid named Peter, you have ultraconservative religious parents that aren’t happy with how you’re living your life, you’re failing at school, and you’re not particularly popular. It’s your last two weeks of the semester, how do you turn everything around?

In a way, the game was meant to be a response to Willy Beamish, replacing the hip kid in a wholesome 90’s family with a depressed kid in a dysfunctional 2000’s one. Same as Space Quest, I constantly uploaded new builds to a forum for people to play with. I actually got pretty far with developing this one, but a hard drive crash led to me losing all of the game data and art assets.

Sojurn remains a game that I wish I could go back to and finish. Realistically, very little code ever got committed for the project, but I spent a lot of time with plot development and world-building. It served as a love letter to games like Space Quest, but was intended to take a much more serious tone…generally…

The basic premise of Sojurn is that humanity is finally living in space, Star Trek-style…but, economic and environmental problems have effectively caused the Earth to become a toxic wasteland. Human beings have yet to wander out of its own solar system, as technology never advanced enough for interstellar travel. This new society relies largely on mining and barter, struggling to keep the lights on and life-support systems running.

You play a young man named Billy, a grumpy punk who works for a waste management company. Your mission is to go from station to station picking up trash and toxic waste, fighting sewer mutants and uncovering a huge conspiracy along the way.

Why am I sharing these failed projects with you? Well, truth be told, I still love them for what they were. Game development was a great hobby in my teenage years, and my hope is that one day I might be able to revisit these different projects and maybe re-make them.

The biggest take-away, of course: BACK UP YOUR FILES. 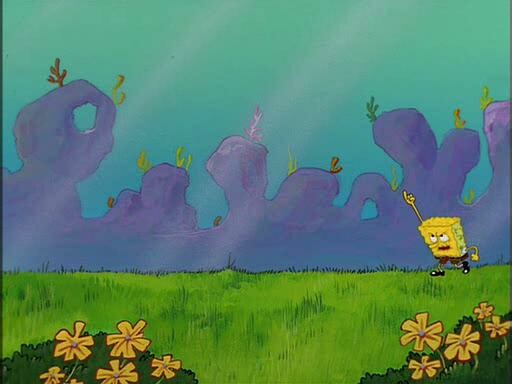