There’s a spectre haunting the federated timeline. It started as an argument yesterday afternoon between two people, and now things have escalated to a point that no one can ignore it. “Person A said something racist!” someone proclaims. “Person B is queerphobic!” someone else yells.

The threads branch and split off. Dozens of takes are made by people with only tangential relationships to those in the argument. Screenshots are dug up, and entire oral histories are pieced together about one of the two people fighting — neither of which has stepped down from their respective soapboxes, by the way.

People begin to bicker and groan. Soon, a meta discourse happens in response to the discourse. Sometimes, a meta meta discourse spills over, and the tediousness wears everybody down. After a while, a few people remark about how they’re logging on less, or considering leaving.

What the fuck happened?

Anatomy of a Flamewar

The phenomenon of fediverse drama is itself nothing new. If anything, it draws from the rich and boundless tradition of people arguing online. By observing this tapestry of history, we can better understand what’s happening now.

Since the early days of Usenet and Bulletin Board Systems, various types of community members have aggressively asserted themselves in conversation. Sometimes, it’s initiated by a difference in beliefs or values: something as innocuous as preferring Captain Kirk over Captain Picard could turn into an arduous holy war between two frustrated grown-ass adults.

In situations such as this, the drama is driven by a member of the group raising a stink about someone else’s clearly incorrect selection of a binary choice, with well-meaning arguments gradually breaking down into a torrential downpour of insults. Sometimes, the aftermath of these kinds of interactions reinforced the personas and reputations of those that got caught up in it, with the loudest assuming that they were the toughest.

The divide can extend even further, when such disagreements can manifest as a schism between two different online communities. As a member of both the Ubuntu Forums and Linsux.org, I vividly remember the kind of drama the former community would pull on the latter. We would organize raids and put promotional branding in our accounts, and then just hang around boards in groups. Our raids predicated on starting drama only from being present while technically following the rules, like an annoying little brother that keeps saying “I’m not touching you.”

So it’s not necessarily just a factor of dissonance between values or identities between one group of people or the next. Often, there’s a minor mythology built from tales of past drama between factions.

Twitter took this whole dynamic into a new territory by obfuscating away the structure of a forum or different domains that mapped to specific communities. Instead of groups, instead of websites, the atomic units became user, tweet, and hashtag. While the tribal abstractions remained in the loose sense, the performative nature of the social network focused first and foremost on the individual, and by extension, their clout.

Bullying, harassment, and ostracism had existed on communication networks and mediums well before Twitter, but the network’s structure, user emphasis, and sheer availability to anyone with a smartphone gave rise to a dynamic where flamewars could be performed in a public square for everyone to see, where individuals could be harassed at home and at work for doubling down on a political position, and a cycle of endless dogpiling could continue for days on end.

Add in a recommendation algorithm that tells followers what the people they themselves follow engaged with, and you have a dumpster fire that can burn for years.

What about the fediverse?

As members of the fediverse, we sometimes really double down on this idea that the fediverse is special, compared to these other things that came before it. To some degree, that’s true!

We have a network of about 400,000+ monthly active users that’s spread over a couple thousand servers that run a medley of different open source servers and speak several federated protocols. Aside from just a forum or a microblogging platform, the fediverse also integrates with blogging platforms, video portals, music libraries, photo-sharing systems, link aggregators, and more. There are roughly 40+ projects in development right now to continue taking this grand experiment even further.

In spite of all that, though, the fediverse is more of the same. Although nobody initially planned it this way, we’ve all basically shoehorned a bunch of different forums together, with only casual regard for whether they should even be talking back and forth with one another. Imagine if 4Chan, Reddit, SomethingAwful, eBaum’s World, Tumblr, and Newgrounds were all shoved together in this way, and you’ll start to get an idea of why federation can make online communities more complicated.

This isn’t to say that we shouldn’t have federation. Indeed, having the ability to build and connect communities together, and even have some kind of meta-community based on the pockets in the network that you yourself connected to, is itself very powerful. In fact, I believe that this dynamic may hold the potential to eventually kill Facebook and Twitter, and render corporate social networks obsolete.

However, the reality is that every single instance with more than a certain amount of users can itself be considered a community of sorts. Aside from differing policies on content and behavior, there can be a dramatic divide in identities and ideological values that can sometimes be completely incompatible. Many of these communities have their own characters, mythos, and power symbols to tell a story about who their leaders are, and those stories are revised and redistributed by people of all sorts, in positive and negative ways.

What can we do about it?

I guess to bring this rambling, barely-coherent mess to a close, my main point is that there will always be drama in online communities. Long gone are those halcyon days where we could ignorantly assume that every node in the network should federate together, no matter what. There will always be drama, and silencing, and blocking, and little fiefdoms of power within gated digital communities.

People are not a monolith, and the millions of data points where differences can surface between two individuals is just an element of life itself. To some degree, that variability is part of what makes the world go.

From my point of view, the best things we can do involve tooling, policy, and administration. At the user level, the ability to self-police timelines and wield control over what they themselves see or don’t see is paramount to keeping this whole network going. This part of the equation has been steadily improving: it used to really suck in the Diaspora days, and the early Mastodon days practically required people to know RegEx to filter unwanted content out of their feeds. Still, we can and should make this easier and better for everybody.

When it comes to policy, it often makes sense for instances to federate with others that hold similar policies to themselves. After all, if you’re bridging different communities together, it might make sense to agree on what behavior and terms are acceptable. Mastodon has a server covenant that aims to do exactly that. It’s not a silver bullet solution by any means, but serves as one attempt to provide common ground for instances to work together.

This finally brings us to administration. It’s all very good to have policies that are agreed upon by different interconnected web communities, but policy falls by the wayside if there’s nobody to enforce it. Larger communities often have a team of moderators to deal with user reports and complaints, and sometimes feel obligated to take proactive measures to protect their own communities from harassment. Sometimes these measures go too far, such as when blocklists are haphazardly curated and shared with inadequate research into who should actually be blocked. Even so, it’s better than nothing.

As one last thought, the most important part of the network boils down to individual behavior. Conflict can’t always be avoided, and some principles can never be compromised on between two people. That being said, we are the ones driving this machine in the first place! It behooves us to try to develop a sense of empathy, patience, and kindness with people who are very different from ourselves, rather than endlessly feed into a clique dynamic where we all shit on each other to pass the time.

13 hours ago deadsuperhero
Yay, I got wheels!

🎉 PlChat is officially released 🎉 Now you can chat with your friends on obscure federated social networks using yet another chat client! At least this one isn’t in electron!

Builds available for windows and linux. It should compile on mac but the compiler doesn’t support cross-compilation and you can always run it from source anyway. 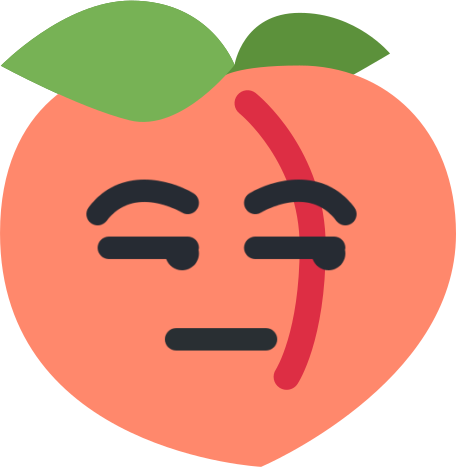